View cart “SMK161 | Maria Afonso- Nieuwjaarsduik” has been added to your cart.

This way for great fun! A funny and way-out release: you get the feeling this underground Brazilian revolution will never be televised. Frankly we Smikkelbaardians have no idea what the songs – where there are songs – are about; but they are certainly about something, and sometimes titles are a handy guide; to mood at least. The lugubrious opener (replete with what sounds like a shopping list of complaints), translates as ‘That Must Be Why I’m Not Famous’ and boy, it certainly sounds like it. It’s brilliant, better than anything Bob Dylan’s done, that’s for sure. The second track is called ‘Malevolent Organ’, and its jumbled samples, bleeps and thuds, and overall air of dadaist abandon bear this out. We could go on, but will content ourselves with saying that there are plenty of arresting and uneasy ambient soundscapes to explore, the soundtracks to those queasy dreams you have just before waking up. I think the only comparatives we can draw on in terms of sheer otherness – and going gung-ho in the windswept lofi wastelands between protest, ambient and various forms of cabaret music – are the late, great, Ceramic Hobs and Pumf Recordings. Sit down, get a cuppa, and maybe a biscuit. 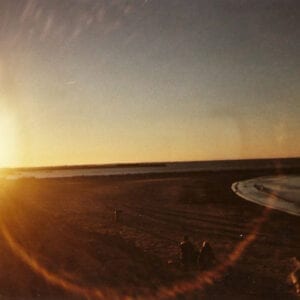