If you really want to know the state of mind of all those existential dudes who leaned on the well appointed bar at De Koer in 1981, you could do a lot worse than listen into this brilliantly uneven compilation. The bands on here (Mazzo/Koer blaggers each and everyone, I’d wager) spit out half-formed or overwrought ideas; making tracks that capture an atmosphere of a weary, werkloos country looking to deconstruct and reassemble in time for a new, half-imagined world. Digital Stockhausens in their own minds. I suppose this can be seen as a well recorded companion to the famous ULTRA tape – albeit without the quality of the bands on that compilation. The music is a mix of weird, pointless and great, and very much of its time; D.A.F. and TG re-imagined in miniature with a bit of New Wave to leaven out the mixture. We get clashes, squiggles, bangs, rough recordings silvers of harmonies, and nary a normal melody line between the lot of them. O.R.D.U.C’s track about being a computer sets the listener up nicely for a trip into the deep space of many an Ultra mind. And Heavy Mental’s track TT seems to contain the lyrics about drinking at de Koer and talking about quantum mechanics over a beat straight out of a cheese processing plant. It’s a bleak, grey, sardonic world, with lots of chrome and abstract beats. When Red Rizla and The Stubbs turn up with their whimsical track See The Dirt, and Bleistift finish things off with their pretend-jolification, Lookin’ Swell, you nearly fall off your chair in surprise. Man it was a heavy, serious time. Even Doe Maar sang about being nuked to oblivion back then. 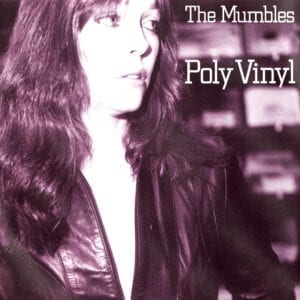