A primal scream, or an conceptual art statement stripped of any pretence? Probably both. The A side, Daddy is My Pusher balances (like a cat on a washing line) on a Haribo version of Cluster’s Caramel riff. I’m So Glad Elvis is Dead is a (Dutch) Year Zero take on Jerry Lee and an evil Jonny Richman; albeit a year late. We do get some post-Provo, anti Anglo-American music bizz yelling to make up for that though. Once he’d released himself from his bondage trousers, the singer went on to form Minny Pops. Such is life.

”We had no idea where to manufacture our first release and went with the first opportunity and ended up with pressing 3.000 (!) singles at the Polygram plant in Amsterdam.” – Wally van Middeldorp 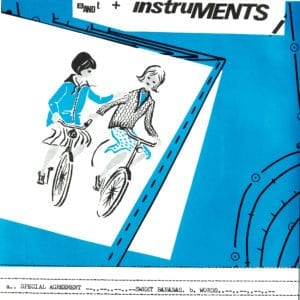