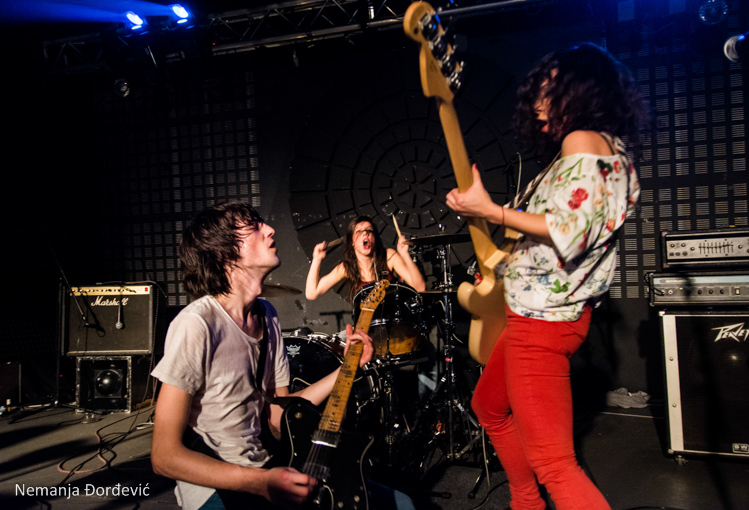 Posted at 17:16h in shows by Smikkelbaard 0 Comments
0 Likes

LEIDEN are you ready?? Repetitor have a history with this city and it’s not over yet. Remember the gig in SUB071 where Boris broke his pedals and kicked them mercilessly them through the dust and fag ends and beer on the floor of the greatest rock and roll bikeshed in the world? Or the brilliant night in Multiplex in 2014, when they blew the roof off the much-missed old venue, and scared an army of academic lawyers into re-examining their life-choices? Well, a third chapter in the already legendary association this Belgrade band have with the stad van vluchtelingen is about to be written. Do not miss this.

Presided over by the High Priests of the Church of Rock…

Repetitor
Repetitor is a garage rock/post-punk trio from Belgrade, Serbia. They are, without doubt, one of the most exciting live bands in Europe.

“They make you fall in love with guitar rock all over again and are arguably the best guitar band on the planet right now. They are the 21st Century Nirvana who have come to save rock.” (John Robb, Louderthanwar)