Posted at 12:48h in releases by Smikkelbaard 0 Comments
0 Likes

Dinah Bird’s LP, ‘A Box of 78s’ is a record that is designed to evoke memory through sound. The recordings used on the LP are taken from the old 78 records owned by Dinah Bird’s grandmother in the 1910s and 1920s. To quote the sleevenotes: “This piece is about rekindling lost, and perhaps forgotten, sounds. Are they so very different to those my grandmother heard? It is a personal response to the people and places of Salt Spring Island.” The record is also one that – contrary to the current obsession with owning vinyl – should be handed in after completing what is called a “relay run”; an exercise where the owner listens to the LP in a series of places. Once a listening log is completed, the record and log should be sent back to Dinah, and exhibited “before being laid to rest”.

Taking up the spirit of the challenge, and (in true Smikkelbaard fashion) trying to subvert Dinah’s plans in the most genial of ways, we decided to create new memories of our lives, using the LP’s recorded sounds. We would record ‘A Box of 78s’ in four different places in The Netherlands and see what would happen to the original recording if played in a new place. 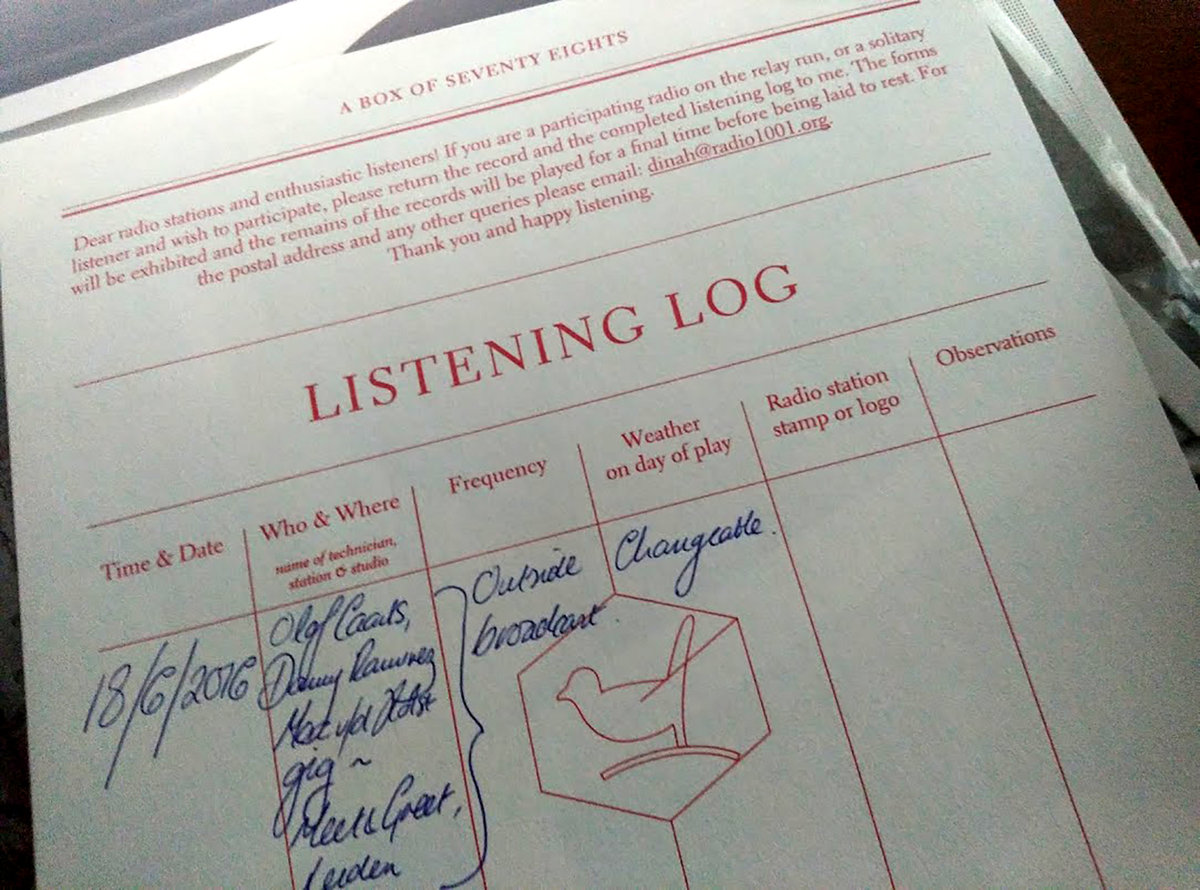 The first was some pre-show banter at an “AA” gig in the Meet & Greet cultural centre- cum-converted-cornershop in a backstreet in Leiden. On the bill were The Avonden, Olaf Caarls and Danny Ramirez. Good gig too!

What we recorded may sound like a confusing set of found sounds; other voices to add to those from 100 years ago, with semingly nothing anchored to anything at all. Maybe our recordings don’t even evoke the place this experiment was recorded in. It may sound like something and nothing. It may be very boring. And who knows whether what we heard sounded different to what Dinah’s grandmother heard a century ago. But maybe not knowing is the point.