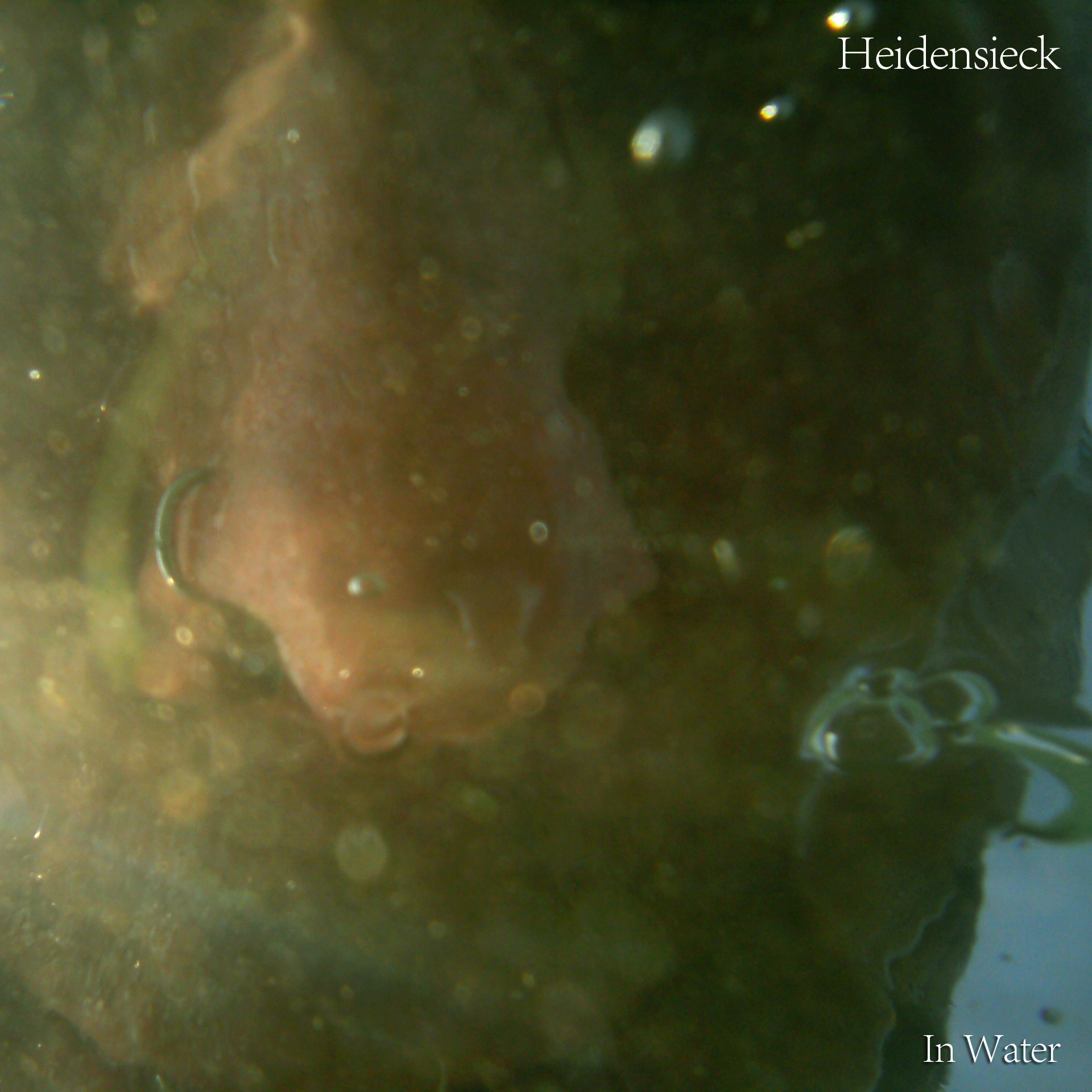 Posted at 10:02h in releases by Smikkelbaard 0 Comments
0 Likes

A very pleasing and mercurial noise conjured up by Heidensieck [see below]. In Water is an apt name for this release as the music (such as the guitar in Fussed By A Catch) eddies and swirls in the most slothful manner imaginable; providing the inspiration for an exercise in watching the world go by. This is the sound of the Netherlands on a Sunday afternoon; urban groovers sitting by a city centre canal, lolling about over a coffee, watching everyone else make important consumer choices at Blokker or Hema. Or the girl checking out her bike in the communal shed. Or the thoughts of the blokes with his fishing tackle and bait spread out on some moat-like tributary surrounding the new housing developments just outside Den Haag, or Utrecht. That kind of thing. Once you’re in this drone-out, it’s hard to escape the embrace of an elemental, below-sea-level torpor. And why should you, pop pickers?

Heidensieck is Chris Muller (This Leo Sunrise / Plan Kruutntoone), based in Rotterdam, NL. Although currently mostly active as a drummer, Muller is originally a guitar player. After some years of fermentation he felt the desire to compile a reflection of his favorite approach to making music; a sensorimotor loop.

The recordings are instant solo compositions with electric guitars and loops (okay, and melodica, percussion and voice) done in single takes. A lot of tracks were made, and most were discarded, but these five made the cut.